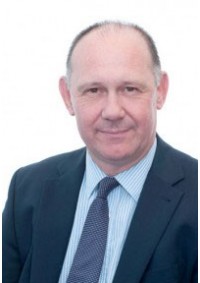 David Fillingham CBE has been Chief Executive at Bolton Hospitals NHS Trust since September 2004. He joined the NHS in 1989 having previously worked in personnel management and marketing positions with Pilkington plc. After a short perios at Mersey Regional Health Authority, David has occupied a number of Chief Executive positions - in Primary Care at Wirral FHSA from 1991 until 1993; in commissioning at St Helens & Knowsley HA from 1993 until 1997; and in acute hospital services at North Staffordshire Hospitals Trust from 1997 to 2001.

From 2001 to 2004, David was Director of the NHS Modernisation Agency responsible for developing new ways of working and promoting leadership development across the NHS as a whole. David is now relishing the challenge of putting that national experience into practice back on the frontline of the NHS at Bolton. In particular he is deeply involved in applying 'lean' principles to healthcare.

David lives in St Helens in Lancashire. Other thant the NHS, his passions are watching his local rugby league team and spending time with his wife and two daughters.

Links
Linked In Website
Display: List / Grid
Show:
Sort By:
Lean Healthcare: Improving the Patient Experience
By David Fillingham
July 2008
This is a unique book written by a unique individual. Often in healthcare, we strive to achieve stan..
£16.95
Showing 1 to 1 of 1 (1 Pages)